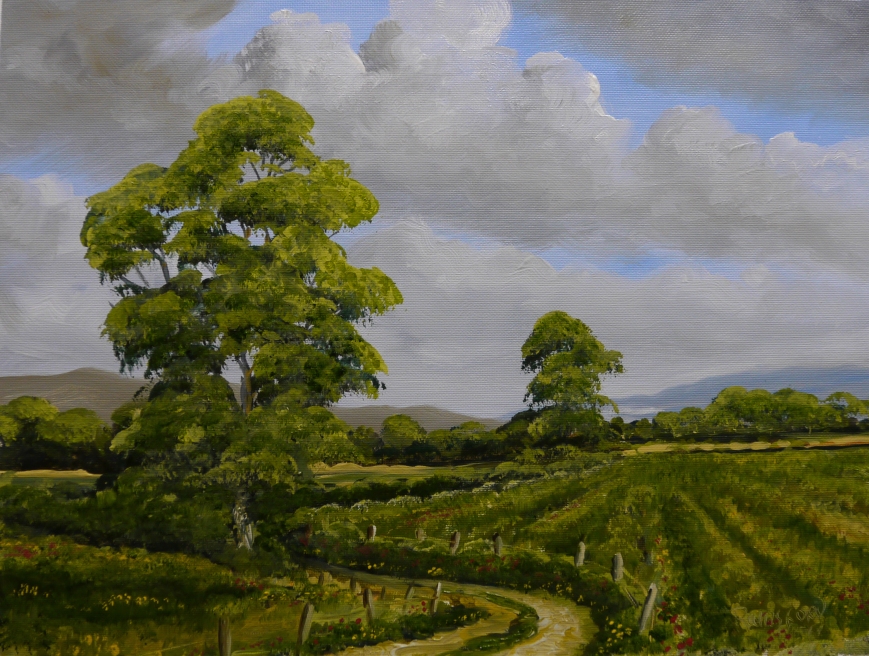 May Meadow - with final touches

Painting a picture, which is usually done for pleasure, is an exhausting business. After 1 hour painting your judgement is impaired. This is part of the reason I like ‘1 hour paintings’. The job is complete and the following day you can review the painting and add a few touches which would have been difficult after the tedious initial painting. May Meadow needed something after its initial painting. Today (24 hours after) I added the touches I felt the painting needed. These were spots of pure colour, directly from the tube with Liquin only. Sap Green, a transparent rich green on some areas of the foreground to increase the perception of depth in the distance. Vermillion and Cadmium Yellow to represent wild flowers (Poppies and Dandelions) to counteract the green. As you can see these are just spots of colour, too much would have ruined the lush green nature of the painting.

P.S. If you are painting at night, as I often do, be careful of moths. These little creatures, attracted to the lights, can cause a terrible mess if they decide to land on the surface of your painting. As you will see in the video of May Meadow (just after I completed the fence posts in the foreground), a particularly agile moth became entangled in the big tree. In the time it took me to make a cup of tea and fill my pipe it had created an enormous smudge. After I removed the culprit I was able to repair the damage. Had it been the distant details it would have been a different matter entirely.