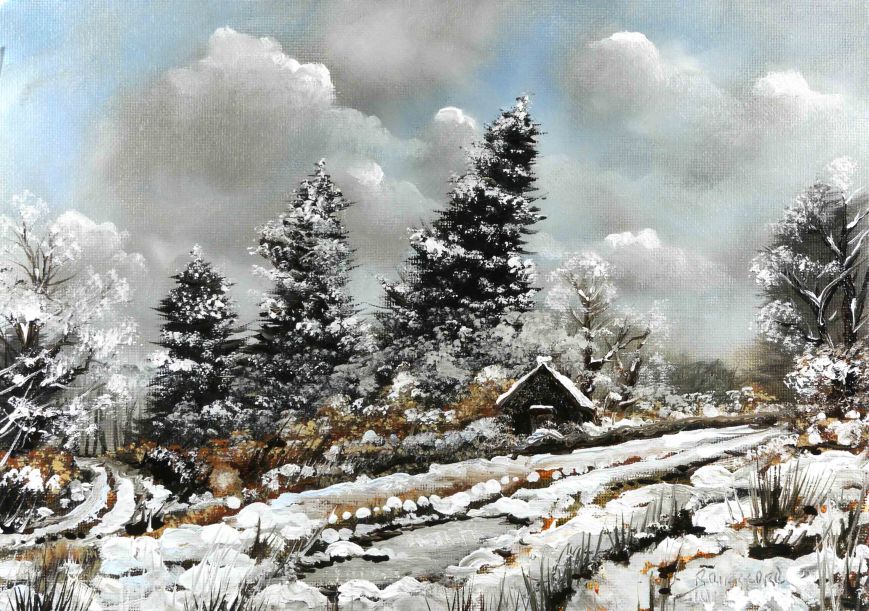 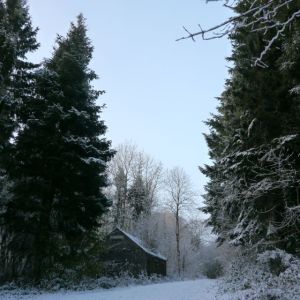 The snow has not arrived yet, so I used a photo I took two years ago as the reference for this painting. Mullaghcreelan is a huge earthwork, close to where I live, which was the fort of the O’Toole clan in former times. Its structure is still very much in evidence with the ditches and ramparts surviving to this day. When the Normans invaded Ireland and passed this way in about 1180ad, Walter de Riddlesford decided to build a castle at the foot of this fort. There may have been an alliance between them and the O’Tooles but it seems more likely that the building of Kilkea Castle, so close to the fort, was an act of subjugation. Saint Laurence O’Toole was born here in 1128ad. and ironically died in France (home of the Normans) the year the castle was completed, in 1180ad.

The entire earthwork is now covered in trees. Its a great place for a walk. The sense of history is enormous. You can’t help but think about the lives of the people who dug those ditches more than a thousand years ago.

This painting is specifically related to the Christmas season. I will use it for Christmas cards or a calendar. I will do a few more in the next few days. I’ll have to get more into the Christmas spirit, in spite of the un-Christmaslike weather we are having at the moment.

The colours used were: Burnt Sienna (red), Raw Sienna (yellow) and Cobalt Blue. No medium, solvent only. I’ll have the video in a day or two, see you then.