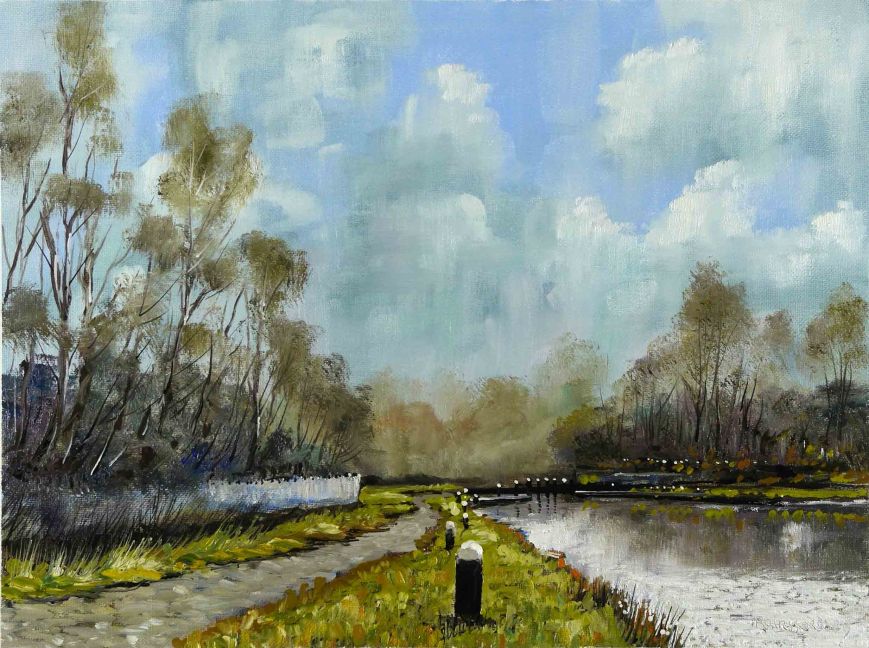 The last lock on the Grand Canal where it joins the River Barrow at Athy, the 28th Lock was built in 1792. Arthur Guinness was instrumental in having the canal extended to Athy, from where he received his supplies of malted barley. There was no wheeled transport in Ireland at this time and his expanding brewery needed this extension to connect him directly to St. James’s Gate, the front door of his brewery in Dublin.

After I completed the painting (on top) I felt the treatment was a bit harsh. The second painting was completed the following day with a softer approach. I was interested in the late morning light when the sun was high and the last wisps of fog were burning away. I was also going to have more colour, in celebration of spring, as my recent paintings, when seen as a group, have the gloom of winter all over them.

When separated, each of these 2 paintings is OK. When seen together, one seems to illustrate the limitations of the other.

I videoed both painting processes and will post them in a few days. See you then.